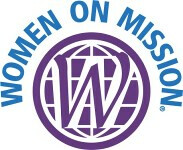 Who is this Lottie Moon, anyway?

Charlotte Diggs Moon, 1840-1910, better known as Lottie Moon, became a legend in her own time.  A daughter of old Virginia and one of the best educated women in the South, Miss Moon was petite 4 feet 3 inches.  Her voice is described as deep, rich, gentle, musical, which se used skillfully as a teacher/missionary.  But no photographer ever captured on film the animated, attractive, charming, delightful, energetic, fearless Lottie Moon, although a few photos do exist.

For 40 years she represented Southern Baptists in China.  Again and again she wrote back to America, “Send on the missionaries.”  Once she wrote, “It is odd that the million Baptists of the South can furnish only three men for all China.  I wonder how this looks in heaven.  It certainty looks queer in China.”

After the Japanese-Russian war, economic conditions in China produced much poverty, but there were some new missionaries.  Miss Moon welcomed them, advised them, mothered them, and loved their children, who adored her in  return.  The Chinese women and children came and went in her home as if it were their own.  If the Pingtu Christians were starving, Miss Moon would not eat.  By December of her seventieth year she was so frail the doctors sent her back to the States.  But enroute on Christmas Eve, while the ship rode at anchor in Kobe, Japan, Miss Moon died.  The memory of such a life never ends.

In 1918, Annie Armstrong, the woman who refused marriage to a China missionary so she could fulfill her calling as the leader of mission support among Southern Baptist women in the homeland, wrote: “Miss Moon is the one who suggested the Christmas offering for foreign missions.  She showed us the way in so many things.  Wouldn’t it be appropriate to name the offering in her memory?”* And so it was.

Our Lottie Moon Christmas Offering goal is $15,000. Offering envelopes will be provided for each family. Hallelujah! We received approximately 2,000 boxes of macaroni and cheese for the Evansville Rescue Mission. Thank you Oakhill!

Women on Mission will meet on December 2nd at 1:00 pm in the Grace classroom.


Posted by Women On Mission with
December 1, 2021
in Newsletter, Stats