We are searching for a full-time Pastor of Students.  Please read the job description and if you are interested send a resume and cover letter to the Lead Pastor, Alan Scott, at  .

Alan was born and raised in Evansville and graduated from North High School in 1984. He completed his theological education at The Southern Baptist Theological Seminary in Louisville, Kentucky. Alan is a graduate of the Billy Graham School of Missions, Evangelism, and Church Growth. He is passionate about seeing churches grow, both numerically and spiritually. He has served in churches in Savannah, Georgia, northwest Indiana, and right here in Evansville.  Alan is giving leadership to Oakhill to be the most effective multi-generational church in the Evansville area.  He is married to Paula and they have two adult children and one teenage son.  They are also blessed with two granddaughters.  Alan has many interests; he has a love for music and has served as a worship leader in former churches. He also loves basketball, preaching, and spending time with his family.  Alan desires to see people's lives change as they come to Christ and become more like their Savior.

Bryan was born in Russellville, Arkansas and has lived in many different places including Texas, Michigan, Kentucky, and Indiana.  He is a graduate of Boyce College (B.S. in Biblical Studies) and The Southern Baptist Theological Seminary (M.A. in Christian Education). Bryan has been in full-time vocational ministry for more than seventeen years.  Bryan is very excited to be serving at Oakhill as the Senior Associate Pastor.  He also serves as the Children's Pastor. He has a passion to see physical and spiritual needs met locally, nationally, and internationally.  He wants to encourage Oakhill to follow Acts 1:8 and bring the gospel to the ends of the earth.  He also has a passion for family ministry.  He desires to see families partner with the church in their child's discipleship.  Bryan has been married for 20 years to his wife, Kristi, and they have four wonderful children.  He enjoys reading, listening to music, University of Kentucky sports, and spending time with his family. 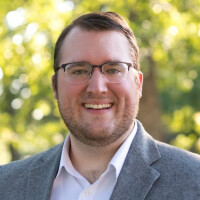 Evan was born in Tulsa, OK; however, his family quickly moved to Missouri after his birth. Evan grew up in a pastor’s, worship pastor, household so that meant moving a few times throughout his childhood, living in Missouri, Oklahoma, and Tennessee. He has a BA degree in Worship Arts from West Coast Bible College. Evan has had the privilege of serving as worship pastor at First Baptist Dyersburg (TN), Red Bank Baptist Church (TN), and was called to Oakhill in August of 2022. He has been married to Sarah for almost five years, and they have two kids, James (3) and Charlotte (6mo). He loves reading books, going to museums, and baking with his family. Evan wants people to use music and all the arts to glorify God and tell the world about Him.

Lisa originally grew up in Wisconsin but moved to Indiana in middle school.  She received a Bachelor of Arts degree in English Literature with a minor in Religion from the University of Evansville.  She has worked at Oakhill Baptist Childcare since 2004 and has been in the Director's role since September 2015.  Lisa earned her Infant/Toddler Child Development Associate Credential from Ivy Tech in 2007.  She will receive her Director's Credential from USI in May 2017.  Lisa and her husband Joe have four children: Andy, Avery, Abbie, and Asher. She enjoys reading and spending time with her family.  As the director of the childcare, Lisa is excited to help the children grow and develop to their fullest potential. 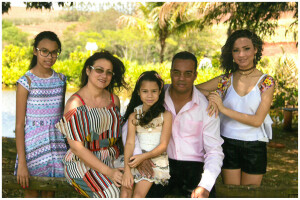 Leonid Marsan was born on August 18, 1974 in Santiago de Cuba. He accepted Jesus Christ as his Lord and Savior at the age of 19, in the First Baptist Church of his native city. He married Kenia in 1998 and they have three daughters: Ammi, Atalia and Salem. He began his theological preparation at the Baptist Seminary of Cuba; in 2006 he completed a degree in biblical and theological studies at the University of FLET, Florida, USA and is currently pursuing a master's degree from Master Seminary. He has served for 20 years as a full-time missionary and pastor, serving the Lord in Cuba, the Dominican Republic, Brazil and currently in Evansville, Indiana, USA at Oakhill Baptist Church. At this moment his ministerial focus is on the Hispanic community and his passion is to contribute to the extension of the Kingdom in this city collaborating with the fulfillment of the Word in Revelation 5: 9-10. 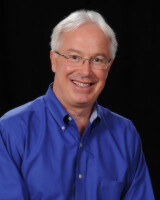 Mike grew up in Evansville, Indiana and married his wife Sondra in 1984.  They have 2 adult children and 4 grandchildren.  Mike is retired.  He has served on the boards of Vanderburgh County Right to Life and Indiana Baptist Foundation.  He is a certified Biblical Counselor with the Association of Certified Biblical Counselors.  Mike has been a member of Oakhill for over 20 years, of which he served as a deacon for 14 years.  He now serves as a Lay Elder, Life Group Leader, and Biblical Counselor. 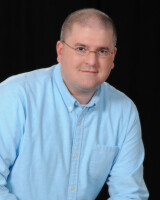 Nick was born and raised in the Evansville area.  He is a graduate of the University of Southern Indiana (B.S. Business Administration/Economics Minor) and is taking courses through Southern Baptist Seminary Extension.  Nick is a Finance Manager for a local energy company and has served in various finance roles in Indiana and Michigan.  He has a passion for seeing the lost come to a life changing saving faith in the Lord Jesus Christ through personal evangelism and the preaching of God’s Word.  He seeks to help Oakhill become more effective by overseeing the finance and personnel teams.  Nick has been married to his wife, Sherri, since 2004 and they have a very energetic daughter.  Nick’s interests include coffee, reading, and more coffee.