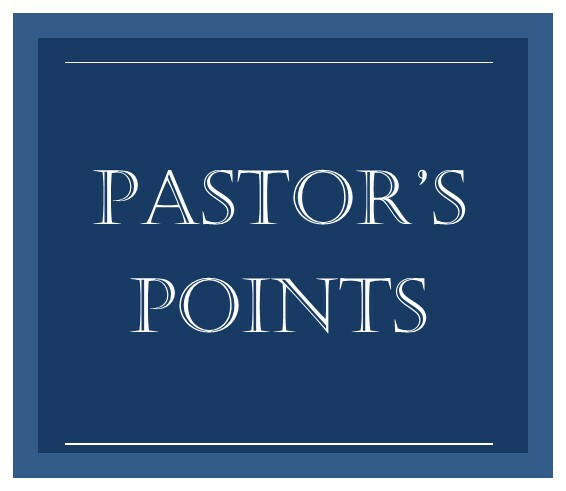 Last month I shared with you my deep affection I have for you as my church family.  I am so thankful for the loving relationship that we have with one another.  It is so easy to take for granted the great blessing of the love and friendship of our brothers and sisters in Christ.  My prayer is that our love will grow deeper and deeper as we navigate the changing landscape of the world around us.  As I shared Sunday, it is imperative that we love God completely and love others compassionately in the months and years to come.  If we will live this way we can be sure that our relationships inside the church family and outside the church will grow stronger, and we will be able to give a wonderful Gospel testimony with our lives.

As we hold on to these two truths let me encourage you to consider six actions that we as believers can take as well in light of the recent Supreme Court decision.  These were shared this past Sunday by Pastor Greg Laurie as he spoke to his church family.  Laurie shares…

There are at least six things Christians can do in the wake of the Supreme Court decision and other attacks on Christians and Christianity, Laurie suggested.

One, "don't panic; God is still on the throne," he told the church. He quoted Russell Moore, president of the Southern Baptist Convention's Ethics & Religious Liberty Commission, as saying: "The Supreme Court can do many things, but the Supreme Court can't put Jesus back in that tomb. Jesus of Nazareth is still alive; He is still calling the universe toward His kingdom." The church thrives when it is in sharp contrast to the culture around it, Laurie said, giving the example of the first century Christians, who also lived in a pagan culture where immorality was rampant. Yet, "they turned the world upside down." They didn't do it through protests or marches, the pastor said. "They
out-loved, outplayed and out-gave the non-believers."

Two, “we need to remember that Romans 8:28 is still in the Bible,” Laurie told the congregation. "Even a ruling like this can, in God's sovereign will, work together for our good and His glory," he said.

Three, “we need to show this culture what a biblical marriage looks like,” Laurie shared. A reason why marriage is a big deal to God is because "of all of the pictures, of all of the illustrations He could have chosen to illustrate His love for the Church and His Church's love for Him, He chose marriage." "Your marriage should be a testimony and an example" to the non-believing world, Laurie urged. If you have problems in your marriage, "forgive and move forward," the pastor said, explaining that differences between spouses are bound to happen but love can overcome them.

Four, “we need to show the love of Christ to everyone,” Laurie said. To do that, we need to meet them where they are and greet them with the Gospel, he added. "God loves everyone, no matter what they have done." Nobody is born a gay, the megachurch pastor said. One may be tempted with attraction for the same-sex, which can be resisted, he explained, and read out a letter a former lesbian woman wrote to him about how she turned away from homosexuality after her conversion as she listened to his messages on the radio. "The Gospel does not define us by our temptations, but by the righteousness of Christ," Laurie stated. Laurie also said we need to love homosexual people but not condone or accept homosexuality. Evaluating and speaking the truth in love are not judging or condemning, he explained.

Five, “we need to engage all people with the Gospel,” Laurie said. Deep down, everyone is searching for a relationship with God, he said. "God can change anyone."

Six, “we need to pray no matter what,” Laurie said. "We need to pray that America has a spiritual awakening." There's no political messiah that is going to save us now, Laurie underlined. "This is bigger than politics, this is bigger than culture … this is a spiritual war we are engaged in, and we need a spiritual solution. … America needs a revival like she has never needed it before." We might lose a few battles, but the Bible says we're going to win the war, Laurie emphasized, stressing the importance of being equipped with the armor of God. He quoted Ephesians 6:10-13: "Finally, be strong in the Lord and in his mighty power. Put on the full armor of God, so that you can take your stand against the devil's schemes. For our struggle is not against flesh and blood, but against the rulers, against the authorities, against the powers of this dark world and against the spiritual forces of evil in the heavenly realms. Therefore put on the full armor of God, so that when the day of evil comes, you may be able to stand your ground, and after you have done
everything, to stand."

Posted by Alan Scott with
July 6, 2015
in Newsletter 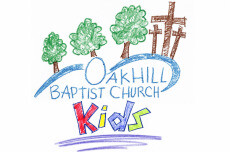 This is the scripture that keeps ringing in my head following VBS.  For those of you that know me, you are probably giggling inside.  Giggling because you know all too well that it is very hard for ME to be still.  I too was struggling with this running through my brain.  Why is God telling me to be still?  Let’s go back a couple of months ago.  I was just wrapping up Upward and then wrapping up AWANA and then preparing for VBS and then… I’m sure you are starting to see the pattern.  You see, I don’t stay still.  I am constantly going into the next big event and thinking into the future instead of resting in what God has been doing in our church and our lives.  “Be still April!  And Know that I am God.  Be still and know that I am doing great things.  Be still and see all the great things I am allowing you to be a part of.”  So, I am doing just that.  Lol, sort of… I am spending the week following VBS on a staycation (vacation at home).  I am of course catching up on all the “mom” tasks that have been neglected the past couple of weeks, but I am also spending quiet time thinking about all the AMAZING things God has been doing in our Children’s Ministry.  The more that I rest in His words and all He is doing I can’t help but realize that we (meaning our church) have so many beautiful children that don’t need to be looking into the future for the next Big event.  They need to be still and know that He is their God, He is their everything.  Here are a few VBS stats for you to take to heart.  Of the 200 children that attended VBS this year, 10 of them from our church asked Jesus to come into their precious little hearts.  Eleven other children, that either do not attend church or have a different church home, did just the same.  This isn’t something our church or myself should take lightly.  We have to nurture them and help them to understand that the path they have chosen isn’t going to be easy and God willing, will be a lot different life from what they once knew.  This isn’t something that we as a church can do at the next big event.  We have to be raising them up on a more consistent basis.  As adults, we have to WANT to teach our children more about Gods greatness.  Yes, we have to feed ourselves, but we can’t neglect the children of the same biblical teachings.  So, as I have been staying “still”.  I have been convicted by His word in asking our church family to please pour into our children more so than ever before.  They are thirsty for knowing more about our Great and Awesome God.  Our Children’s Ministry is growing in numbers every Sunday, yet our volunteer base stays the same.  We need more of our church family to stand up and lead our children in more than just a Big event kind of way.  We need leaders that will teach them weekly and want to dedicate themselves to knowing more about each individual child, their family and their spiritual well being.  We need leaders that will “BE STILL” for our children and not consider it an interruption to Sunday mornings of sleeping in, watching a game, or hanging out with friends. Be Still and dedicate your Sunday morning to pouring into the future of The Church.  If this message spoke to you in a way that God has been speaking to me then I ask that you please rest in it and act on it.  I love my church family and most of all I love our kids.

Thank you for the opportunity to love on your kids.